Here are five German-born entrepreneurs and the history of their companies. 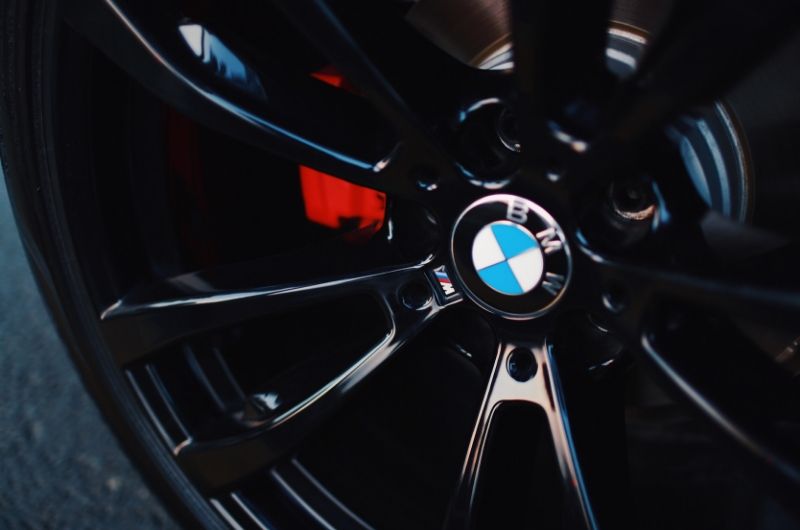 Germany has produced some of the biggest companies in the world...

According to a joint survey conducted in 2019 by US News, Wharton School of the University of Pennsylvania and the BAV Group, Germany is ranked as the second best country for entrepreneurs, after Japan. Germany held the top spot in these rankings from 2016-2018 but has cultivated an entrepreneurial spirit for many years. We at GISMA Business School have decided to celebrate this ranking by discussing five famous German entrepreneurs and their stories. So, let’s dive into the world of automobiles, fashion, sportswear and food.

Karl Rapp was a mechanical engineer with an entrepreneurial vision and the dream to have the best business in manufacturing and selling engines. Using what he had learnt from his previous job at an automobile company, Rapp built his own empire creating Rapp Motorenwerke, which ultimately became part of BMW.

Starting off as an aircraft manufacturer in Munich, BMW has adapted since its inception with the demands and restrictions of the war, and going from manufacturing engines to manufacturing complete vehicles. With several mergers and acquisitions over the years, BMW has overseen production for Land Rover, Rolls Royce and Mini, along with purchasing several plants internationally to ease manufacturing processes. As one of the most popular car brands in the world, BMW’s net-worth is valued at €55.8 billion.

Hugo Ferdinand Boss was born in Metzingen in 1885 and was the youngest child in his family. Following the completion of his military service in 1905, he did an apprenticeship under a merchant and also worked in a weaving mill. After gaining relevant experience in the clothing industry, he took over his parents’ lingerie business, manufacturing lingerie and shirts. Then in 1924, he set up a new clothing company, with two other partners, of which came to be known as Hugo Boss. At that point, the company focused on the production of sportswear, work clothing and raincoats. During that period, it also manufactured uniforms for various German military groups, which helped in boosting business and making the brand famous.

Today, Hugo Boss is one of the most renowned luxury fashion brands in the world, producing women and men’s clothing, cosmetics, watches and eyewear. The brand’s products are available in 127 countries and it boasts of an online presence in the USA, China and nine European countries.

Born in Braunschweig in 1800, Carl created his own start-up by selling chicory to people who were in the coffee industry. After a few years, Knorr began experimenting with drying vegetables and seasonings, which eventually led to the formation of the famous Knorr Company.

Knorr played a key role in the launch of the first dried soups across Europe in 1873. Knorr’s innovative ideas also led to the production of the Knorr Bouillon cube. The brand is now available in most countries and used by chefs from around the world.

Rudolf "Rudi" Dassler was the founder of the German sportswear brand Puma and the older brother of Adidas’s founder, Adolf "Adi" Dassler. Initially, the two brothers were partners in a shoe company named Gebrüder Dassler Schuhfabrik (Dassler Brothers Shoe Factory); however, due to some miscommunication, they split and set up their own companies.

Initially, Rudolf named his brand “Ruda”, but this was soon changed to its current name. Under Rudolf, Puma was limited to the boundaries of Germany and only once his son, Armin, took over did Puma become a worldwide sportswear brand - well-known for the evolution of screw-in studs.

Nowadays, Puma is the sponsor for Formula One, several basketball players and for a number of football clubs, like Italy, Uruguay, Austria, AC Milan, Borussia Dortmund and Manchester City.

Karl Hans Albrecht, in partnership with his brother, established the discount supermarket chain called Albrecht Diskont (or Aldi) in 1946. On returning home from the War to Essen, Karl Albrecht discovered that his mother’s store escaped unscathed from the destruction caused by the war. Hence, they restarted operations with the mindset of providing consumers with goods at lower prices.

Due to a dispute in 1961, the brothers split up the business with Karl Albrecht renaming the brand to Aldi Süd, while taking control over the supermarkets in southern Germany. At the same time, he decided to expand his business into international markets in the USA, Britain and Australia. At the time of Albrecht’s death in July 2014, he was the richest person in Germany, with a net worth valued at $25 billion. Currently, Aldi Süd operates in 18 countries across the world and has over 10,000 stores.

With thriving industries, a strong economy and excellent support for budding entrepreneurs, there are fantastic opportunities in Germany to help you become an entrepreneur yourself. With campuses located in Berlin, Hannover and Hamburg, GISMA Business School offers a great selection of programmes to develop your business skills and help you gain invaluable international exposure. View the courses available now and enquire with one of our experienced programme advisors to start your journey. 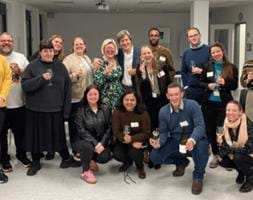 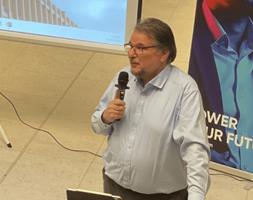 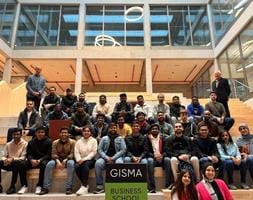 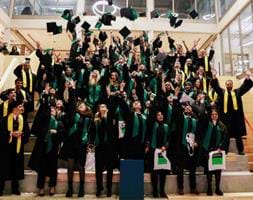