Our history, accreditations and partners are the strength of GISMA Business School

Since its foundation in 1999, GISMA Business School has paved the way for talented and qualified people to enter the international business world. Equipped with an interdisciplinary foundation and digital literacy, our graduates are able to pinpoint problem situations in companies of all sizes, start-ups or other organisations, and develop innovative solutions with commitment, motivation and creativity. With our goals in mind, we continue to expand and support students from all over the world to find their dream job and be successful.

As a state-recognised university, GISMA Business School awards its own Bachelor's and Master's degrees. In addition, we enjoy the trust of some of the best universities in Europe to offer their degree programmes through GISMA.

GISMA educates individuals to become highly sought-after, leading members of the global business community. GISMA offers both traditional physical and modern virtual learning spaces that enable the acquisition of future-oriented competencies through state-of-the-art technology, an innovative and creative learning environment, and highly qualified staff. GISMA stands for practical and inspiring management education, where students learn from research-strong professors as well as top executives and founders. GISMA cooperates with a network of globally active organisations from business and education. It supports business and society by preparing students for management practice in a world characterised by permanent change, uncertainty, complexity and ambiguity. GISMA offers a learning environment characterised by a high degree of internationality. 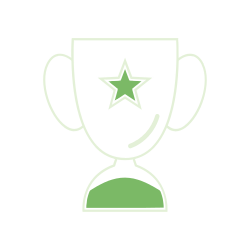 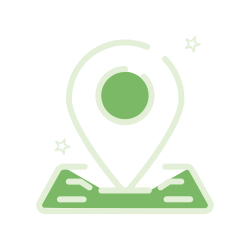 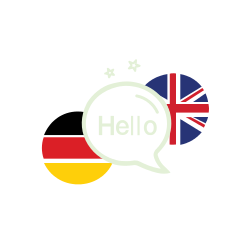 Chairman of GISMA’s Board of Governors

We strongly value diversity in the backgrounds, ideas, strengths, interests and experiences of our students, faculty and staff.

GISMA has been established in 1999. Since then, it has steadily developed and grown from a local provider in executive education to an international university. GISMA University of Applied Sciences is headquartered in Potsdam, with an additional location in Berlin. Language courses, cooperative degree programmes and leadership training are offered in Berlin, Hamburg, Hannover, and London.

Since 2013, it has been part of Global University Systems (GUS). GUS is an international network of universities and other institutions in the education sector that have come together out of a shared passion for accessible, practical educational qualifications.

GUS offers a wide range of programmes, including bachelor's and master's degree programmes, vocational qualifications, language training, as well as corporate and executive education. When someone chooses to study at one of the GUS institutions - whether on campus in Europe, North America or from their home - they join a network of 75,000 students worldwide.

Beyond Germany, GUS has campuses for example in the Netherlands, the United Kingdom, Ireland, Canada, Singapore, and Israel.

Additionally, through a range of partnerships with schools including the triple-accredited Grenoble Ecole de Management, The University of Law and Kingston University, GISMA has expanded its selection of programmes providing more students with the opportunity to pursue their career ambitions.

In 2018, GISMA announced the establishment of its first centre outside of Germany, in London, dedicated to delivering executive education. This was a significant step for GISMA in terms of achieving an international presence.

In 2020, GISMA Business School has been state recognised as University of Applied Sciences by the German federal state of Brandenburg and granted degree awarding powers. This is being accompanied by the expansion into its brand-new flagship campus in Potsdam and of its portfolio to include programmes in areas such as Data Science and Artificial Intelligence, with degrees awarded directly by GISMA Business School.

We strongly believe in the positive power of change as a motor for continuous improvement and innovation.

Leaders for the Future

Our faculty and staff are passionate about creating the leaders of tomorrow.

Students are supported in their search for internships and jobs in Germany. With our Career Centre, our students have access to numerous employers ranging from start-ups to SMEs, hidden champions to the world's largest technology companies. Collaborations between GISMA and employers enable students to find exciting job opportunities and work on joint projects.

Discover our range of programmes here to start on your journey with GISMA Business School.