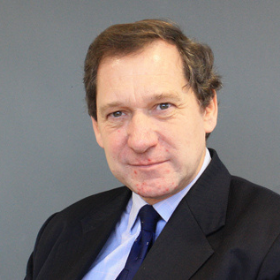 In finance, Nick’s mainstream investment banking career has included transactions and fundraisings totalling a tenth of a Trillion US dollars, from start-up venture capital to multi-billion global privatisations across a wide range of industries in Asia, UK, Europe, and emerging markets. These have been across multiple sectors, including particularly TMT/New Media, energy, logistics/transport, retail, media, biotech/healthcare and resources.

In 2008, Nick received from HM The Queen, the Queen’s Award for Enterprise (in International Trade), the UK’s leading business honour. He has advised global MNEs on Board Level interactions and effectiveness and lectured, trained and consulted internationally on a wide range of subjects including Strategy, Leadership, Corporate Finance, Corporate Governance, Private Equity/Venture Capital, M&A & Law. He also trains in advocacy, politics and in sector areas such as Health & Education. He has successfully helped grow a number of start-ups/SMEs, including the Chinese & Asian business, gaining the Queen’s Award for a compound growth rate of 123% p.a.

Nick was for some years a National Leader of Governance in the education sector and sat on a Government committee considering mergers in the sector. He is a Chartered Fellow of the Securities Institute (its highest qualification) and a qualified barrister and holds an M.A. in Law from Cambridge University. He is qualified in Finance, Law and Property.