German Industries: The Frontrunners in the Global Economy 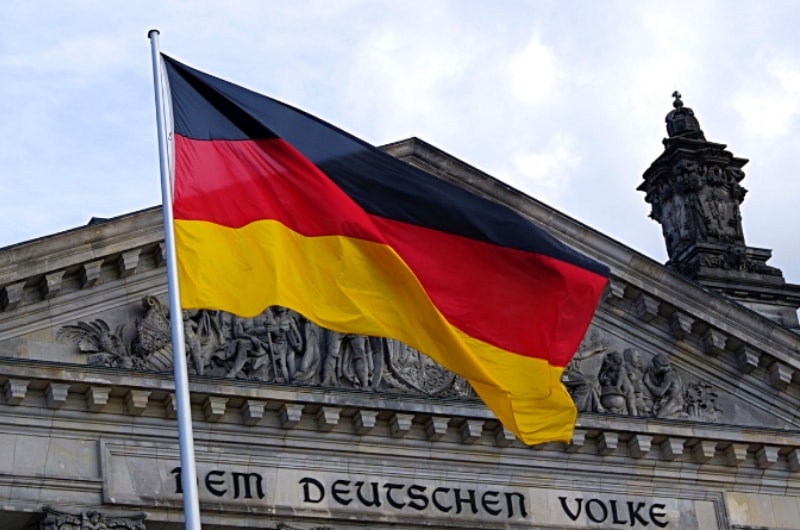 Over the past few decades Germany has established itself as a manufacturing machine, known for its high-quality products and advanced economy. It should, therefore, come as no surprise that Germany is the third largest exporter in the world with an export value of $1.45 trillion, according to World Economic Forum. Thanks to these first-rate industries and exports, Germany is the fourth largest economy in the world and the largest in Europe in 2018, with a GDP of $4.20 trillion.

The German automotive industry is renowned for its innovation, sleek design and exceptional engineering due to its painstaking research and first-class infrastructure.

With companies such as Mercedes Benz, BMW and Volkswagen, the automotive industry is the largest in Germany, with a turnover of €423 billion in 2017. Germany also accounts for 30% of the cars manufactured in Europe, making it the top automotive market in the continent.

The aviation industry in Germany has been on a constant rise over the past decade or so, with Germany Trade & Invest (GTAI) reporting that revenues quadrupled to an estimated €40 billion as of 2017, making it the hub for global aerospace. Compared to other aviation manufacturing industries like Canada, US and France, Germany holds a comparative advantage in the form of cost efficiency, available talent and outstanding manufacturing bases.

Hannover is well-known for being the centre of the German automotive and manufacturing industries. If you are one of those people, who want to work in either of these industries, then studying at GISMA Business School would be a great option for you. Additionally, GISMA also has industry links with reputed automotive companies like Volkswagen and Continental, thus giving students opportunities to intern and work at these companies.

Due to the presence of prominent R&D institutes, reliable supply chains and knowledgeable talent, Germany is considered to be the axis point for healthcare and chemical industries. GTAI states that the third highest sale of chemical products was recorded in 2016 by Germany exporting $155 billion worth of products.

Similarly, Germany’s healthcare industry tops Europe in terms of the volume of patients, pharmaceuticals and medical technology providers. The healthcare industry in Germany has increased at a rate of 3.8% over the past 10 years and boasts of about 7.3 million employees, with exports estimated at $126 billion.

If you are interested in entering the healthcare industry, GISMA Business School offers a Healthcare Management BA (Hons), awarded by Arden University.

This industry is characterised by small and medium-sized enterprises that offer innovative, customised products to meet domestic and international demand. It uses a combination of technologies like robotics, software and electronics throughout each different process stage.

Germany’s machinery and equipment (M&E) comprises of around 6,400 companies, making it the largest industry in regard to levels of activity. It is also the largest industrial employer in the country, breaking the one million mark in 2014.

This sector is the top European performer and economic and financial forecasts for 2020 predict it will continue to grow at its existing rate with similar revenue. With a global machinery share of 16%, Germany’s M&E industry is the world’s leading provider of machinery. In addition, the M&E sector in Germany is the most favoured investment location in the world, drawing 23% of all international M&E projects.

In fact, in order to cement its position a leader in manufacturing, Germany has introduced a strategic initiative known as the Industrie 4.0. This project aims to rally digital manufacturing techniques by improving the digitisation and linkages of supply chains, value chains, business models, services and products. It also intends to provide support for standardisation, research and networking of industry partners. The project has the capabilities to revolutionise the German manufacturing industry through the use of automation technologies.

If you want to work in this industry, you can pursue the MSc Engineering Management, awarded by Arden University in Berlin. GISMA furthermore has industry connections with Bornemann Gewindetechnik, which may help students in obtaining an internship and job opportunities with the firm.

Consumer spending in Germany is at a solid rate due to low levels of unemployment and debt, resulting in the popularity of service and consumer industries like textiles, food and beverage (F&B), clothes, furniture, tourism and telecommunication equipment. These innovative industries are also popular because they have fully embraced e-commerce, as well as offering good wages and flexible working hours to their employees. Germany also allows its students to work while studying, i.e. they are allowed to work 120 full days or 240 half days annually.

Textiles and clothes form the second largest consumer industry following food and Germany ranks fourth overall in the export of textiles and clothes. Germany is the largest food producer in all of Europe, and its F&B industry is the fourth largest sector. Good consumer trends and increase in sales have led to international companies entering this sector. Being fragmented in nature, this industry allows foreign investments and assists them with its efficient technological capabilities and flexible distribution channels.

Germany’s tourism industry has also gained popularity among both foreigners and native Germans. Cultural and historical sites along with mesmerising cities like Berlin, Hannover, Munich and Cologne attract tourists from across the world. Germany was even awarded the third spot in the World Economic Forum's Travel and Tourism Competitiveness Report 2017 after Spain and France.

The consumer and service industries are versatile and there are several courses that will enable you to join these industries, including Master in International Business (MIB) and MSc Innovation, Strategy, and Entrepreneurship, both delivered by Grenoble Ecole de Management at GISMA; additionally, MSc Strategic Business Management, awarded by Arden University, and MSc in International Marketing, awarded by The University of Law. Students who want to work in this sector may be presented with internship and job opportunities at SmartVie, Uniqlo and Zalando, as these organisations have business links with GISMA.

Germany boasts the fifth largest electronics industry in the world with an annual market value of $142.7 billion, according to GTAI. This industry manufactures a large variety of systems and products, which include automation systems, automotive electronics, microelectronic components and household appliances.

The electronics industry currently employs approximately 29% of all R&D employees, making it one of the most innovative and highly-specialised industries in the country. In terms of manpower, this sector is the second largest with over 843,000 people employed in Germany and around 704,000 people overseas.

Some of the most famous electronic brands from Germany include Bosch, Siemens, Blaupunkt, Loewe AG and Sennheiser.

Germany has been developing its environmental technologies and renewable energy. In fact, it has set itself a target to increase its total renewable energy consumption to 60% and reduce carbon dioxide emissions by a whopping 80% by 2050. Germany has invested in this sector significantly in the form of solar panels, offshore wind energy, energy grids, bioenergy, energy storage projects and photovoltaics. GTAI has stated that Germany also has the highest capacity for electricity generation in Europe with an estimated 200GW.

If you are interested in working in any of these industries in Germany, it is recommended that you first gain a degree from a German university and then apply to firms in the industry of your choice. Germany gives international students an option to take up an 18 month post-study permit that they can use for applying to jobs. Once students obtain a job corresponding to their field, they can then apply for the German residence permit.

GISMA Business School offers a variety of undergraduate, master’s, MBA and language programmes, based in our campuses in Hannover or Berlin, the centre for most of these industries. 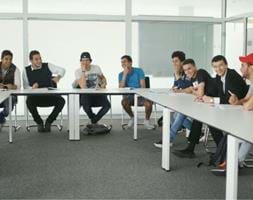 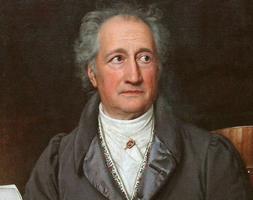 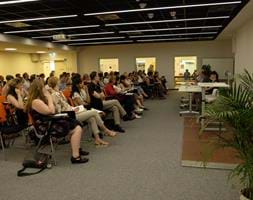